tl;dr - On the evening of 27 October 2021 we observed the transit of the exoplanet Qatar 4b in front of its host star. The magnitude drop amounted to about 2% and was clearly detected. This measurement is not only a valuable contribution to science, we also consider this a worthy 'first shadow' of our new telescope, which due to the Covid pandemic was left unused for painfully long months.

The restrictions and curfews of the last one and a half years have sent our once lively students astronomy group into a quite extended doze. However, with most of the restrictions alleviated this autumn we were ready to give it a go once more. We were especially eager to finally test the capabilities of our new telescope in depth, first and foremost the increased light gathering power. The leap from 10 to 16 inch of primary mirror diameter promises a 60% deeper reach into the universe.

While other proud owners of a new scope usually celebrate the start of the new and happy era with a so called 'first light', we haven't done anything of that kind yet. However, a week ago we certainly had a great 'first shadow'.

Now, wait! A telescope to catch a shadow? Yes, you heard us right. On 27 October 2021 we pointed our new and dilated pupil to the 13.6 mag dim star Qatar 4 in the constellation of Andromeda. After an animated discussion about which one of the many stars in the field we actually were looking for, we finally agreed on one of the inconspicuous spots and started to keep an eye on its brightness. We took one image frame after another and slowly, dot by dot, our light curve took shape.

Then at about 19:30 CEST it happened. At first barely perceptible, a few dots undisciplinedly stepped out of the line and they seemed to encourage the following ones to even bolder departures from the once so tame baseline. The exoplanet Qatar 4b had started its transit in front of the host star and we were measuring the drop in brightness due to its shadow.

Without a hurry the planet moved forward, eclipsing more and more portions of the star. Due to the huge distance of the two bodies of more than 1000 lightyears there was absolutely no way of actually 'seeing' the phenomenon. We had to rely on our imagination and trust our data, which, however, was an easy task: Every single dot in our graph screamed 'Yes, it's really happening!' in our faces.

At last, all magic comes to an end. The tiny dots dutifully reverted to their places and after spending more than two hours in the shadow of Qatar 4b nothing but some additional Megabytes on our hard disk testified what had happened.

As you can imagine this exoplanet will for sure not be the last one to kindle our curiosity and let us venture out into the long winter nights ahead.

Alas, I sense the next pandemic coming! 😱 This time it's going to be 'shadow addiction'! 😉

You can't argue with the Universe 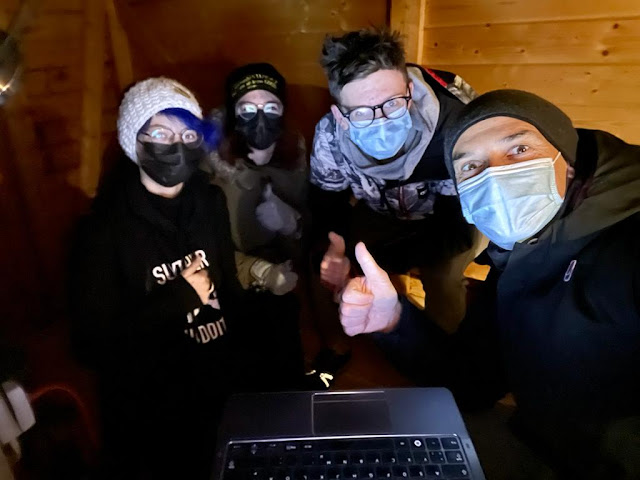 Dear Universe, you have quite a lot of asteroids strolling about in the outer regions of our Solar System. One of them, the big one with almost 600 km of diameter and an orbital period of about 400 years, the one we call by the odd name 2002 TC302 , that's the reason we are writing you today. Well, this asteroid recently caught the attention of us earthlings, since on 11 November 2021 it is going to occult the 11.7 mag dim star  UCAC4 616-007599 - odd name, too, we know and we swear we had nothing to do with that. However,  the roaming rock will cast its 600 km wide shadow on our home planet Earth and everyone who happens to stand in the right spot, will see the star suddenly vanish for up to 21 seconds.  Sorry, we forgot to duly introduce ourselves: We are four members of the students astronomy group 'astrocusanus' and some of your biggest fans. You probably hear that often, but believe us, this is not the usual 'kiss the Universe's ass' stuff. No, we are the
Mehr anzeigen 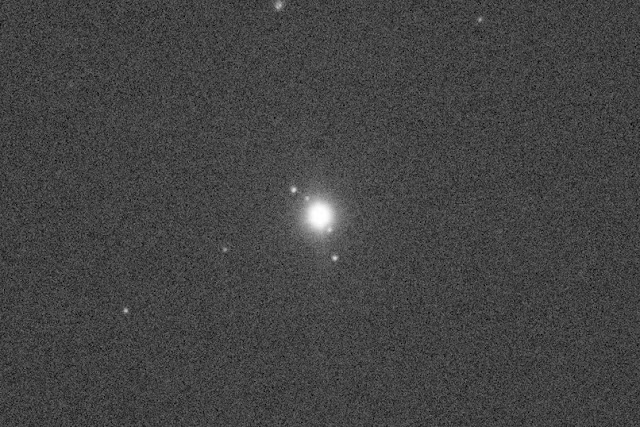